Both Carla Tortelli and Diane Chambers sport a wide variety of hair accessories throughout the many seasons of Cheers, but this is probably the most memorable:

I searched high and low for a star barrette that isn’t cheesy and it wasn’t easy (unlike that rhyme, which was both). Three options. 1) For a mere $640, Rodarte’s gorgeous star barrette could feed a village. 2) For $18, Catbird’s Giant Dwarf Silver SParkler Star Bobby Pins seem like a deal (In comparison, that is. I haven’t bought a barrette since I was four, so I was still under the impression that they’re supposed to cost $2 at most.). 3) Thanks to Glitter Mint’s DIY version of Rodarte’s celestial hair pin, you can probably achieve the look for under $10. Plus you get to use a hot-glue gun. Win-win. 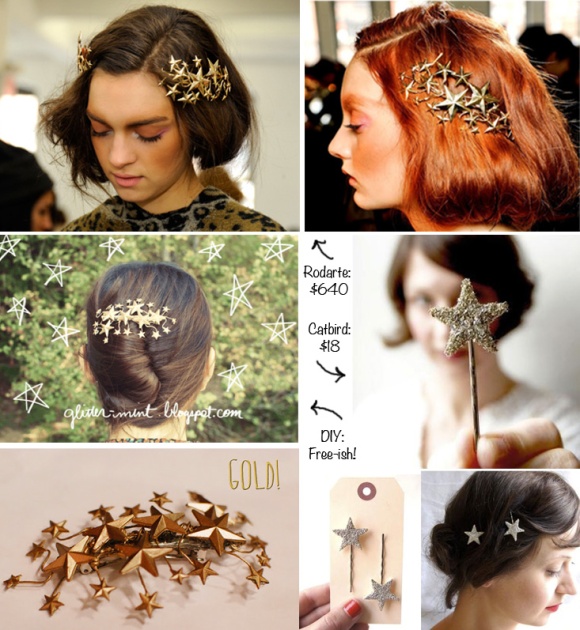